The Enemy Of My Enemy Is Not Necessarily My Friend 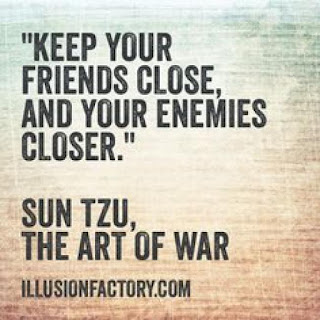 Then, while claiming in their defense there are gay people who use the term as well, they miss the point that no gay person who respects a transgender person will call them 'a tranny'. Yes, there are bigots in the LGBT collective as well.

...then comes the obligatory claim that they 'have loads of trans friends' who clearly don't mind being called 'trannies'.

Have you ever ASKED them?

Or did you argue with them about what a fantastic cisgender ally you are just for putting up with them, as you just have to me?

Using terms like 'tranny', 'trassie', 'moffie', 'queer', 'poofter', 'faggot' (and any number of others) is tantamount to using the 'k,word' when referring to black people. To deny this in the face of someone who is on the receiving end of this abuse - and who has just informed you that it is offensive - only adds to and compounds the abuse.


You clearly do NOT understand, and you've just proved it.


If you are really an ally to transgender people, you won't do to us what our enemies do.

If you want to be an ally to transgender people, then fight alongside us for our equality - without attacking us with your self-entitled cisgender expectations that we should 'get over ourselves' when you join in the abuse - and suggest we should fall on our knees before you in gratitude for just not being an asshole and treating us like decent fellow human beings.

Get over yourselves. You're not all that and a bag of chips.