NMB Pride Is Our Heritage Day! 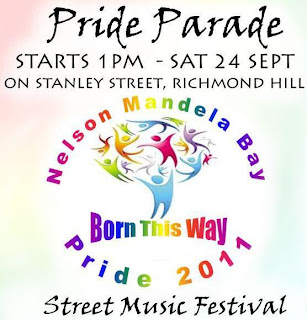 This past Saturday saw a first for my home town. Almost 20 years into our new democracy, Port Elizabeth still had not had a Pride parade or Pride event, in fact it was sometimes a pit-stop for travelers on their way from somewhere else, to Pride events being held - well, somewhere else. All that changed last Saturday, when the very first Nelson Mandela Bay Pride was held - and I was so very proud!

Read more »
Posted by Christina Engela at 3:22 AM No comments:

Facebook outed me, not for being being gay or transsexual, but for being associated with Pagan, occult and other alternative communities on Facebook.

Be warned - Pagans, drag queens, transgender people, gays living in countries where they face violence and murder, non-mainstream religious groups - anyone not using their legal names in order to interact safely online without fear of exposure or persecution - Facebook has appointed itself in charge of moral policing and is gunning for you. 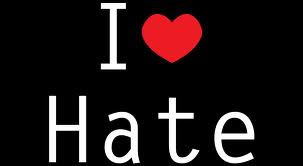 And yet many people who claim to support these ideals, really do not. While they claim to, they see equality as something they are deserving of, while simultaneously they view anyone they do not personally approve of trying to gain equality with them as an attack on their own superior and privileged social positions. They distort facts and ideologies to serve their elitist and supremacist ideals, and hijack democracy in order to preserve a social order where words like "love" and concepts like "good" and "evil", and even terms like "family" and "marriage" become tools to exclude fellow human beings from equal, decent and humane treatment - and as weapons to destroy them.

Read more »
Posted by Christina Engela at 1:43 AM No comments: 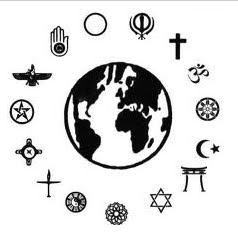 I drive a Mazda, but I still know what a Mercedes Benz looks like. I have had Beetles, a Kombi, a Renault, a Toyota and a Golf as well. I realize they are all cars, and I at least have an idea of what makes each of them different from the other, and about the thing that makes them go. I also know that cars make traveling from one place easier and better. It doesn't mean I have to hate the other makes, or refuse to drive in whatever car my neighbor drives.

What I'm trying to put across in my own rather quizzical way, is religion. Yes, that. You may wonder what cars have to do with religion - but let me clear it up for you: I have been finding out the hard way how ignorant some people are about religions other than their own.

Read more »
Posted by Christina Engela at 12:35 AM No comments: