So here we come to the end of another year - and what a year this was! Over this past year a great many things have happened around the world as well as in South Africa.

We have seen the South African General Elections in April - and we have seen, for various reasons, both cause for concern - and hope for the future. Over this past year, with all the threats against our civil rights both in South Africa and around the world, we have seen a renewed interest in the affairs which affect us - namely politics and religion. It goes without saying that apathy is a deadly trap which we must be careful not to fall into. Over the past two years since I first started getting involved in activism I have seen steady increase in awareness and participation, and have been trying very hard to encourage GLBTIQ participation.

"Get involved" I have been telling you, "Get off your ass - before somebody who hates you kicks it." It is very encouraging to me to see that some people finally seem to be getting it.

Read more »
Posted by Christina Engela at 8:47 AM No comments:

Rubber Room With A View 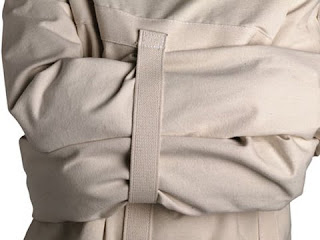 Despite clear and easily understood press releases, explanations and statements released by eminent scientists to explain that diverse sexual orientation and gender identity is perfectly natural, and despite their attempts to simplify the explanations - some people, typically narrow minded religious fundamentalists, refuse to accept that gay people are born gay and transgender people, transgender.

Read more »
Posted by Christina Engela at 2:53 AM No comments: 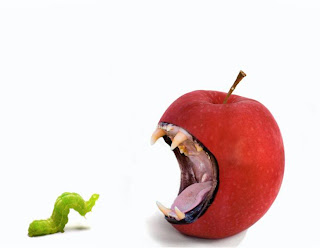 Just a week or so ago, I sent out a request from a pink community related religious organization to the supporters of another pink advocacy group, asking for support in speaking out against the pending Genocide Bill in Uganda. Surprisingly, I got a barrage of outrage from one of the recipients on the mailing list, letting me have both barrels because I dared to associate Christianity with the pink community! Most confusing of all, this was from a gay man!

Read more »
Posted by Christina Engela at 11:37 PM No comments: 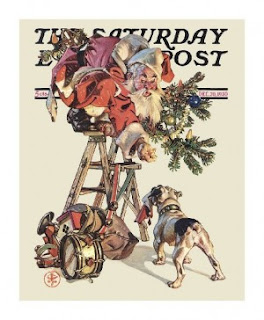 Everybody have a nice Christmas? Ever think about the tradition and where it comes from? I did, and decided to find out. I must say, what I found reinforced my misgivings about organized religion, after all, Christmas is a good time to point out Christian hypocrisy - "peace on Earth and goodwill to all 'men'" soon turns to "take all you can" and "hang 'em high!" and "it's God's will".

Read more »
Posted by Christina Engela at 1:23 AM 1 comment:

It seems almost undeniable that every modern religion has to have an enemy or a scapegoat. Without something to fear, clerics would have nothing to warn against, nothing to unite people under them with. No Bogie Man or big bad wolf to keep the flock encircling the camp fire in the dark night of the soul, so to speak. Without some threat, real or imaginary, they would have nothing to point fingers at and say THAT is why WE are God's chosen people and THEY are NOT.

Read more »
Posted by Christina Engela at 12:37 AM No comments:

South Africa as yet, has remained completely silent on the issue of pink human rights in Africa, specifically Uganda - presumably on the "head-in-the-sand" principle employed by the ostrich - if you ignore it long enough, it will probably go away. Perhaps they are right, but then who am I to criticize? I live in a country which seems increasingly desperate to imitate that other bastion of third-world lunacy, Zimbabwe.

Read more »
Posted by Christina Engela at 12:36 PM No comments: 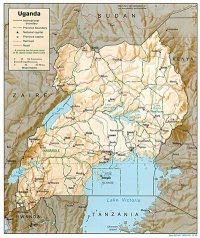 I have great respect for GLBTI pastors and ministers - and straight clerics, who support their faith's central ethos of love, peace and tolerance - surely they have to bite their tongues a lot! I doubt I could manage it, but then as an activist I am not expected to.

Read more »
Posted by Christina Engela at 11:24 AM No comments:

From The Squeak To The Tail 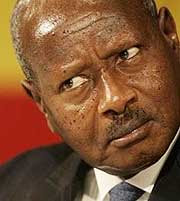 Have you seen the Uganda issue is finally making the news in SA? Finally? After more than a month of international protests and campaigning by human rights bodies? A month and a half? A month and a half of a complete mainstream news blackout?

Three whole mentions on 5fm news this past Friday morning, plus an enjoyable and lengthy rant on the topic by DJ Gareth Cliff - in the Mail & Guardian and one tiny paragraph I found buried somewhere in the middle of the Herald. What continues to upset me is the broad lack of interest in SA. No official comment, no acknowledgment of objections or petitions and no protests either. Over in the US and UK groups are calling for protest action - and gathering outside Ugandan embassies. That's right, people actually pitch up when you call a protest over there. I have to wonder how many people would turn up for a protest in SA anyway with all the pervasive apathy? Past experience tends to make me cautious.

Read more »
Posted by Christina Engela at 5:40 AM No comments:

Put Up Or Shut Up 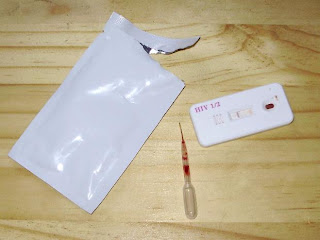 Yet another festive season filled with things sweet and nice - friendship, family and good memories. A time often laced, for some - with a bitter undertone of loneliness, sorrow and loss. Some people find the "silly season" significant in terms of religious meaning. I find it laced with hypocrisy, shallow commercialism, false piety and genuine arrogance. What am I referring to? I will tell you:

Read more »
Posted by Christina Engela at 7:47 AM No comments:

Despite the passing of marriage laws in South Africa in 2006, true marriage equality is still elusive in South Africa. Yes, gay and transgender people can and do marry, but how many people are aware that marriage for gay people is still codified under a separate act?

Read more »
Posted by Christina Engela at 5:51 AM No comments:

As I said last week in an article about a gay pageant in South Africa and the lack of mainstream (straight) media coverage for the event, "gay + controversy = mainstream media coverage". Now it seems somebody else has gone one better to publicly redefine the nature gay people. But then, it is an old accusation, one which has been made many times, and this certainly will not be the last. Just a pity it comes from "one of our own".

Read more »
Posted by Christina Engela at 10:06 PM No comments: 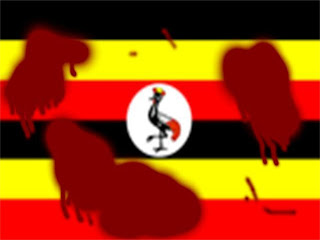 Finally this news breaks on SA media. Well it's about bloody time! And I do mean bloody. Another article also made it into the mainstream media, this time in the Citizen. I still have to gauge the SA public response to it, but I have an idea there will be quite a few comments in favor of the bill coming from the whack-jobs and wing-nuts.

It seems to me that current events in Uganda influenced by the US religious right are in fact no more than a virulent symptom of problems at home - that these things being said and used by proponents of this "Bill" and the genocide it would ignite, in fact have their origins in the backward deep south "bible belt" of the country most people naively think of as the most liberal and democratic place on Earth. Why would I say this? Let's take a look:

Read more »
Posted by Christina Engela at 1:40 AM No comments: 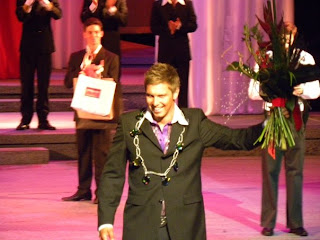 Those of us who were not fortunate enough to attend the main event, or the semi-final ocean cruise, or the other events which took place around the country, read about it. We saw articles and photos in local pink news services such as Gayspeak and Mambaonline - but that was pretty much the only mention the event received. Did we see any attention given to this event - which the gay community found to be of some import, in any mainstream newspapers or hear radio coverage or see any TV features? I certainly didn't. Apparently the Mr. Gay South Africa™ pageant (I keep writing it out in full because it is a completely different animal to the former "Mr Gay SA" pageant of years ago) did manage to make the News24 front page - online. Twice. It also made The Times once, but that was long ago, and somehow it made Die Volksblad in Bloem - I don't know HOW it got it in. But about the actual final event, only News24 - oh - and although displayed on the front page, the actual article was under "GoTravel" and not anything in the main news section. But otherwise, that was it.

Read more »
Posted by Christina Engela at 9:47 PM No comments:

I would like to bring up a widely publicized case of a Ugandan man - a gay man, who was paid by the religious right to claim that he had been "cured of homosexuality" was feted across his country, and propelled to fame for his talks on how he had "recruited" children into a "homosexual lifestyle" at schools and otherwise made false claims which confirmed the rhetoric of his homophobic handlers - and helped fuel the fire which threatens to consume those for which he helped vilify.

Read more »
Posted by Christina Engela at 10:58 PM No comments: