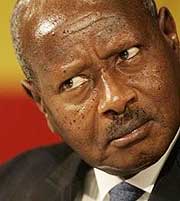 You believe in freedom of speech, don't you? How about freedom of religion? You believe in that? I know I do. But every so often there are people who come along demanding that some forms of freedom of speech or expression of their religious beliefs are actually "hate speech" - like those nasty deviants and trolls, the homosexuals. Know what I mean?

Well let me tell you. A few years ago Uganda (yes - that Uganda, the little country in central Africa that most people in the Western world need to look for on a map to see that it is an actual place and not some fictional setting in a novel or a suburb somewhere in Soweto) started cleaning house and tidying up all the loose ends.

Read more »
Posted by Christina Engela at 1:50 AM No comments: 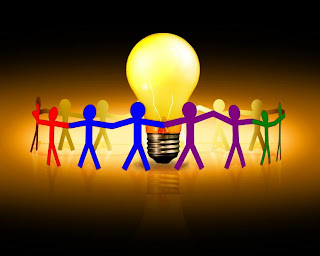 "Before Carol was a Carol they were a David, strange but true. Make some hard cash and any transexual can become a woman."

This is broadly speaking the comment someone made about somebody else in a discussion I was part of recently. They had it in for somebody whom they didn't agree with on some or other matter, and went around posting articles and comments venting their dislike for them - and in each case pointing out the detail that they were "transsexual", only to later have it pointed out to them that they had it completely wrong - "Carol" as it were, is intersex, not transsexual.

Personal differences aside, it made me wonder why some people find it necessary to pick out a particular characteristic of somebody they don't get on with - and then use that as an insult and a judgment - at the same time insulting and judging all other people who have that feature in common too.

That is like saying "Joe Soap, who is an Aquarius, is an incredibly bad cook - and therefore all other Aquariuses are too". Make sense?

Read more »
Posted by Christina Engela at 2:19 AM No comments:

When I sat down to write today's article, I started off thinking about last year and all the things I felt good about. It's my first article for the new year... and then I thought about last year, and the year before that, and all the things that p'd me off during that time - and about how many of them are still applicable and have been carried over like remainder in some obscene parody of Sub - A maths.

Read more »
Posted by Christina Engela at 1:11 AM No comments: